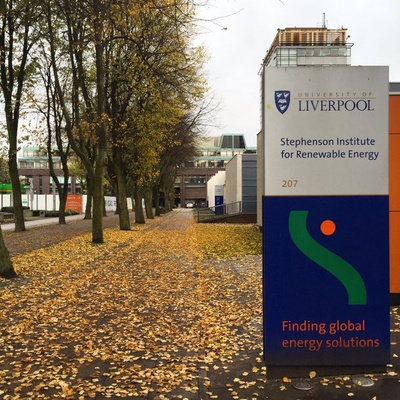 Five hours hopping on and off trains whilst attempting to read Anna Karenina was how I spent my journey back from the first of the CDT modules. Liverpool is a long way from home. I was asked to write a blog which explained why I wanted to do a PhD and what my expectations were of the CDT. This was a very difficult task that even the Hemmingway method couldn’t quite complete; I knew little about the CDT and had no clear image of what those two weeks would look like. In my first attempt, I started writing about butterflies and a PhD being the cocoon stage of life – although very artful, it wasn’t a very helpful metaphor. In short, I suppose I expected it would be like going to two weeks of seminars while being put up in a provincial B&B. Although I had no idea what this was like and assumed it’d be a similar experience to going to a party conference in Brighton (this was also a greatly unhelpful comparison as I had never done this either). The first two days covered arrivals; meeting the new cohort; welcome talks; meeting the CDT team; presentations from industry, other CDTs, and the first cohort; and meeting the above. Throw in a few fringe events and you have yourself an August weekend in your tribe’s favourite seaside-town. On the whole it was very interesting and as soon as someone shouted ‘Arduino’ I was hooked. We then moved into lectures; familiar ground, this wasn’t all too surprising (although apparently heterojunctions can bend, go see). This was followed by labs– as I probably won’t be seeing much more than a computer screen over the next four years so this was the most insightful part of the event. And along with a trip to NSG Pilkington, the next two days were spent on data analysis, creating a podcast and a presentation. It would be a lie to say it was easy. I’d even describe those last few days as more pressured than running the student newspaper, despite having once spent up to 70 hours a week on the paper. It's an experience hard to surmise. I have tried on several occasions to explain the feeling and the only phrase I use consistently is 'self-driving.' It's as if your coffee has been laced with the smallest amount of adrenaline and that slight buzz propels you through the two weeks - perhaps it's just the travelling or the fact that it feels like we’re being airlifted and deployed for some mission or assignment that does it. But in all, the CDT module was much better than any prejudged expectation that could have been formed. It was relevant, engaging, and just incredibly different - it clearly won’t just be ‘another year of lectures’ as I know colleagues from my previous university would fear. The most peculiar part is the coming home and returning to only two weeks of work before heading off again. Although knowledge of the first module already noticeably improved my performance on my project and in my group at Bath, there was clearly a sense of detachment; a waiting, simply to feed a newly created dependency that somehow two weeks away satisfies. I finish writing this on the Great Western Railway to London Paddington, Anna Karenina is still sitting on the pull-down shelf in front of me and I can just about make out the Shard from here. Tomorrow it starts all again in Cambridge for module two.