The technology of plastic electronics unlocks new ways to use solar energy, not only by supplementing and replacing conventional silicon rooftop panels, but also in the emerging technologies of flexible devices, lightweight power generation and scavenging light for distributed networks and sensor clouds. The development of organic photovoltaics (OPVs) is hampered versus competing technologies by their lower operating voltages. This is because electron-hole recombination is generally too rapid, and slowing it down costs energy. However, there is now tantalising evidence that the spin of recombining charge may directly impact recombination rates. Intermolecular charge transfer (CT) states – precursors from which separated charges are generated – can quickly convert to spin-1 molecular excitons (triplets), after which their energy is lost as heat. This experimental project has two aims. The first is to explore the role of spin on charge recombination in OPV devices using time-resolved optical and electrical techniques. You will contrast current best-in-class OPV materials with a new type of organic molecule developed for use in organic light emitting diodes. These have been designed to have very small exchange energy (ΔEST), reordering the usual hierarchy of singlet, triplet and charge-transfer states (see figure) and preventing triplet states becoming an energetic dead-end. The second aim is to utilise this effect by fabricating efficient solar-cell devices using new materials specifically designed for strong optical absorption and low ΔEST. In this you will receive support from our organic synthesis and quantum chemistry collaborators around the UK, Europe and USA. The goal to achieve a new understanding of recombination that provides the key to solving the voltage problem in OPVs. 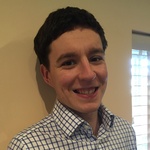