Thin film solar cells are a 2nd generation photovoltaic technology capable of producing equivalent performance to standard silicon based solar cells but at a greatly reduced cost. Unlike silicon fabrication, thin films are produced using rapid deposition techniques. This minimises production cost but introduces electrically active and performance killing defects in large numbers. These defects act as recombination centres reducing the doping level, carrier lifetime and ultimately performance of thin film solar cells. While these defects are known to exist the exact source of their formation is poorly understood. This project will focus on applying advanced defect characterisation techniques to working thin film solar cells to establish; i) the impact of specific defects on solar cell performance, ii) the source of formation of defects, iii) routes to engineer out or passivate harmful defect levels. This project will involve both fabrication and characterisation of thin film solar cells at the University of Liverpool. Numerous solar cell platforms are established at Liverpool such as CdTe, hybrid perovskite and Sb2Se3 and these will form the core of the project. The student will learn how to fabricate various solar cells and use these as the basis for defect analysis. This analysis will involve electrical characterisation methods such as deep level transient spectroscopy (DLTS) linked to structural characterisation using positron, electron microscopy and luminescence techniques. Outcomes of the defect analysis will then be directly linked to solar cell efficiency and routes to improve performance designed. There will be significant scope for collaboration with other members of the CDT to address the most current defect related questions for thin film solar cells. 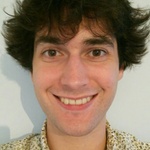