A general problem with developing new materials for photovoltaics is that while a bulk material may appear to fulfil the requirements for an ideal absorber (e.g. band gap, optical absorption, semi-conductivity), the actual performance of thin-films may be lower than expected. For example, in less-mature chalcogenide solar cells (e.g. Cu2S, Cu2ZnSnS4, CuSbS2) the open-circuit voltages are less than half the value of the bandgap and limit the power conversion efficiency. Knowledge of the role of defects in these materials is crucial for optimising their performance. Point defect centres are relatively well characterised in Cu(In,Ga)Se2 and CdTe, and we provided the first insights into Cu2ZnSnS4 and perovskites. The role of grain boundaries remains controversial in the first two technologies, and almost nothing is known regarding the latter two. We will develop an open-source materials modelling programme in Python for simulating point and extended defects in photovoltaic materials. In year 1 will take defect formation energies and ionisation potentials (either calculated or experimental) and solve the carrier concentrations & Fermi level self-consistently. In years 2-4 we will construct grain boundaries, starting from an experimental or computed crystal structure, which can be used to emulate structure patterns and as a starting point for first-principles & interatomic potential calculations. The prototypes will be CdTe, Cu2ZnSnS4 and CH3NH3PbI3, which will benefit from significant existing SUPERSOLAR activity. A complimentary experimental programme at Loughborough University (one joint APL published in 2014 on CdTe) will identify preferential orientations and morphologies. The final code and methodology will constitute a valuable community resource. 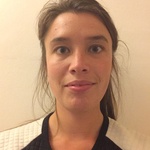