The rapid rise in efficiency of thin-film solar cells using organometal halide perovskite semiconductors has made this class of photovoltaic device a highly promising technology for solar energy conversion. State-of-the-art devices already achieve power conversion efficiencies (PCEs) of 15–16% this value surpassing the record efficiencies of amorphous silicon and organic semiconductor PV. Currently the PCE of perovskite cells is predominantly limited by charge transport and charge carrier recombination. The efficiency of perovskite cells scales non-monotonically with the thickness of the perovskite layer due to the interplay between absorption, charge transport, and charge carrier recombination. The aim of this project is to study and develop hybrid perovskite/nanocrystal quantum dot cells that utilize the current advances of perovskite cells and the large absorption cross-section of colloidal semiconductor nanocrystals (dots/rods/tetrapods). Light absorbed by the nanocrystals will be transferred via resonance energy transfer (exciton transfer) to the perovskite, while standard surface passivation methods of the nanocrystal surface will prevent charge transport/recombination at the nanocrystals. The increased absorption of such hybrid layers will allow for thinner cells with higher overall PCEs.

The precursor materials used to fabricate perovskite films can be deposited from solution, enabling processing routes with low embodied energy to be used in the fabrication of functional devices. We recently explored the use of ultra-sonic spray-coating as a deposition technique to create thin-films of a perovskite precursor containing methylammonium iodide and lead chloride in ambient conditions and PCEs up to 11% were realized . At the same we developed a pulsed-spray deposition technique for colloidal semiconductor nanocrystals, which we used to fabricate flexible hybrid nanocrystal CIGs solar cells . Here, we will combine our expertise to optimize the parameter space for fabricating hybrid perovskite/colloidal semiconductor nanocrystal solar cells. The PhD student in Sheffield will work on the development and optimization of the spray-coating of perovskite/nanocrystal films using a variety of perovskites currently developed at Ossila and test new extraction layers (replace ITO with FTO) and electron and hole transport layers. The PhD student in Southampton will study the hybridisation with readily available colloidal quantum dots, rods and tetrapods (CdSe, CdS, ZnS, CdTe core and core/shell heterostructures), the solubility of colloidal nanocrystals in the perovskite precursor solutions for different surface ligands and the energy transfer efficiency between semiconductor nanocrystals and perovskites in spin-cast and spay-coated thin hybridized films using ultrafast spectroscopies. Hybridised thin films that utilize enhanced absorption compared to equally thin films of bare perovskites and sufficient energy transfer (not carrier) from the semiconductor nanocrystals to the perovkites will be used to produce devices, test the electrical properties and characterize the solar cell characteristics. This project will benefit by Ossila’s commitment to provide the perovskites ink free of charge.

A continuous two-way feedback will allow for the optimization of the processes and development of the methodology to spay-coat devices of the semiconductor nanocrystal hybridized perovskite precursor solution. Two-way visits of the PhD students to Sheffield and Southampton will complement their training to a variety of fabrication and spectroscopy techniques. Monthly skype meetings between the two groups and quarterly physical meetings either at Southampton, or Sheffield will ensure smooth progress of the project. The two groups have a long-standing fruitful collaboration through several EU and EPSRC projects and exchange of students and expertise is working seamlessly. 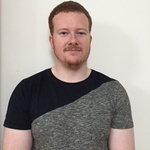