There is overwhelming evidence that our increasing consumption of fossil fuels and the associated emission of carbon dioxide is leading to climate change. This has brought new urgency to the development of clean, renewable sources of energy. Photovoltaic devices that harvest the energy provided by the sun have great potential to contribute to the solution, but uptake of photovoltaic energy generation has been weakened by the cost of devices based on current technology. The key to reducing cost is the development of new photovoltaic materials allowing easy, large-scale processing from solution or low-temperature methods that do not require costly purification and high-energy deposition. Further new materials should be non-toxic and earth-abundant. Bismuth oxy halides such as BiOCl, BiOBr, BiOF and CuBiOCl1,2 as well as sulfosalts such as Cu3BiS3 are highly attractive solar cell materials as they are composed of abundant and cheap elements whilst displaying appropriate band gaps and high absorption coefficients to act as suitable absorber layers in photovoltaics. Further these materials can be fabricated using low cost and low temperature solution deposition techniques that can be incorporated into current solution based fabrication processes1,2. In addition it is also mandatory to replace costly FTOs as front and back electrodes to reduce costs further. ZnO is an attractive electron transporting layer for front and back contacts in thin film solar cells that can replace costly transparent conducting oxides (TCO): it is abundant and non-toxic and can be readily prepared in a diverse range of high quality structures (e.g. nanorods, nanotubes, nanobelts, nanoporous single crystalline layers) at very low temperatures by electrodeposition3 (<150°C) with electron mobilities as high as 80 cm-2/Vs. The Southampton project component comprises the following activities: 1) develop cheap solution based deposition techniques for the fabrication of transparent conducting front and back contacts based on ZnO and 2) develop cheap solution based deposition techniques for the fabrication of new absorber layers based on bismuth oxy halides and sulfosalts. In addition we will aim to control band gaps in these materials by controlling the O/F and O/Cl(Br,I) ratio in bismuth mixed anion materials in collaboration with the Mark Weller group at Bath such as in Oxide-chlorides (also oxide-bromides and oxide-iodides). The electronegativity of Cl vs. O is likely to reduce the band gap slightly especially in mixed anion systems where the valence band is broadened (cf. Eg of Bi2O3 ~ 3 eV and BiOCl 2.45 eV) and also generate good n-type conductivity. Br and I will reduce the band gap still further. While some oxide chlorides (e.g. Bi4NbO8Cl, Eg 2.38V), BiOCl and PbBiO2Cl have been assessed for photo-catalysed degradation of organics4, this materials class has not been assessed in photovoltaics. In fact the higher band gap materials are of interest for tandem solar cells as well as for tandem solar cells for light-driven water splitting which require voltages of 1.6 - 1.8 V in a working cell. We will systematically investigate metal chloride and metal oxide-chloride materials such as Bi4TaO8Cl and target the synthesis of similar new materials. To reduce band gaps still further we will also investigate bismuth oxide bromides and oxide-iodides, e.g. precipitated BiOBr has a band gap of around 2.35 eV and phases such as Bi4NbO8Cl, SrBiO2Br CaBi2O3Br2 are reported in the literature. Following this the materials will then be incorporated in thin film cells and characterized at Bath (Laurie Peter group) using a broad range of characterization techniques. In this project, the student will have access to a unique set of optical and electrical characterisation techniques that have been developed in Bath. These include small amplitude optical perturbation methods such as intensity-modulated photocurrent and photovoltage spectroscopy (IMPS and IMVS respectively), as well as large amplitude methods such as open circuit voltage decay and charge extraction methods. Other available methods include impedance spectroscopy (IS), potential-modulated absorbance spectroscopy (PMAS) and light-modulated absorption spectroscopy (LMAS). This powerful array of techniques has proved to be very successful in unravelling the processes taking place in dye-sensitized solar cells, and more recently the Bath group has shown that they can be applied successfully to study thin film solar cells. This has involved extending the frequency/time resolution of IMPS and IMVS up to the megahertz region.This work has been carried out in collaboration with Solartron Analytical, and a commercial system has now been brought to market. Further developments are being pursued in Bath to extend the resolution of the system even further. The experimental work is being backed up by a collaboration between Alison Walker (Physics, Bath) and Giles Richardson (Mathematical Sciences, Southampton), who are developing sophisticated theoretical models to describe charge transport in solar cells. These developments will guarantee that this project is placed at the forefront of research into thin film solar cells, helping to maintain the UK’s leading position in this rapidly developing field. In order to achieve the ambitious objectives of this proposal close interaction and transfer of knowledge between the groups at Southampton and Bath is critical. To ensure the highest efficiency of this exchange, the PhD student will experience the work of the other partner by research stays in the groups to actively participate in the experiments of the partner group and to discuss the interfacing of those experiments with the ones at the home institution. Regular meetings between the 3 groups and annual project meetings will be organised. Finally this project is supported by various industrial collaborators (Tata Steel, Pilkington Glass and BASF) through the £20 million SPECIFIC (Sustainable Product Engineering Centre for Innovative Functional Industrial Coatings) project which aims to harness the power of solar energy to turn buildings into power stations. 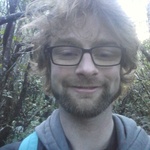