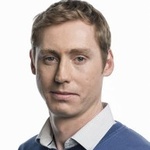 Sam Stranks is a TED Fellow and a Marie Curie Fellow currently based jointly at the Massachusetts Institute of Technology and the University of Cambridge. He graduated from the University of Adelaide in 2007 with a BA (German and Applied Mathematics), BSc (Physics and Physical Chemistry), BSc (First Class Honours in Physics) and a University Medal. He completed his PhD as a Rhodes Scholar at Oxford University with Robin Nicholas, receiving the 2012 Institute of Physics Roy Thesis Prize for his work on carbon nantoube/polymer blends for organic solar cell applications. From 2012-2014, he worked as a post-doctoral researcher in Henry Snaith’s group at Oxford University where he was also a Junior Research Fellow at Worcester College and Lecturer in Physics at Corpus Christi College. Sam received the 2016 IUPAP Young Scientist in Semiconductor Physics Prize for ‘pioneering discoveries in the field of perovskite solar cells and optoelectronics through spectroscopy”. In October 2016, he will establish his group in the Cavendish Laboratory at the University of Cambridge as a Royal Society University Research Fellow. 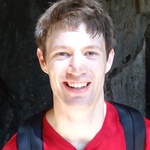