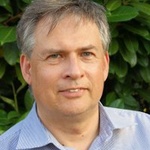 Mark Weller’s research concerns the synthesis new materials with extended structures, the development and implementation of novel techniques to study their structures, and investigation their functionalities and physical properties (magnetic, optical and electronic), in relation to the determined structural and compositional features. Specific topics include framework structures (covering zeotypes, metal oxoanion structures, fluoride-linked topologies), magnetic materials, energy storage, inorganic pigments and heterogeneous catalysis. He has supervised 48 PhD students to completion of their Ph.D.s and been funded on over 50 major projects by EPSRC, the Leverhulme Trust, the EU and various industrial collaborators, particularly Merck KGaA.

Mark was awarded the Royal Society of Chemistry’s Meldola Medal in 1990 and the Hugo Müller Lectureship and Medal in 2008.

Mark is currently Chairman of the Solid State Group of the Royal Society of Chemistry. He is lead co-author of Oxford University Press’s “Inorganic Chemistry” (previously Shriver and Atkins’), the 6th Edition of which will be published in late 2013. Mark has an active outreach program covering the topics of pigment chemistry (“Creating a Colourful Life”) and the materials chemistry of natural minerals (“Materials Rock”).