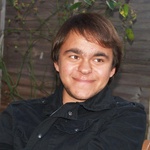 Alex is originally from High Wycombe, Buckinghamshire, UK. He graduated with an MPhys from University of Surrey in 2015 and is now undertaking a PhD at the University of Bath and within the CDT-PV. Alex has previously worked in the Electronics Group at the International Atomic Energy Agency in Vienna, Austria. He has also published magazine articles and tutorials on Arduino microcontrollers and was once editor and science editor of student newspaper, The Stag.

While the focus on energy level tuning in OPV materials has afforded large gains in device performance, strategies based on morphol-ogical control are at least as promising. A mesoscopic model of charge transport in polymers should explicitly allow for long chains. The link between efficiency and morphology in cells that include polymers is accentuated by differences between intra and inter-chain charge transport. Intra-chain transport is often faster, for example in ‘disorder free’ polymers. The Framework Rigidity Optimized Dynamic Algorithm, FRODA, based on constrained molecular dynamics, MD, has been used in protein simulations. We have shown FRODA can be adapted to predict morphologies for conjugated small molecules and polymers including fullerenes. FRODA has the significant advantage that it avoids the need for coarse graining, CG6, by focussing on the modes with low phonon frequencies responsible for packing. A direct link between chemical structure and morphology has been established for system sizes ~10E4 atoms in a cell ~ 10 nm in a workstation with a graphics card similar to those used for gaming machines. Tailored software has been developed for visualising the atomic structure during the simulation. Kinetic Monte Carlo, KMC, calculations of charge mobilities for charge hops between conjugated segments on FRODA morphologies will be compared with measurements on Organic Field Effect Transistors, OFETs made at Merck. In this project, FRODA will be modified to look at morphologies that contain electron donors and acceptors (year 1). In years 2-4, the KMC code employing FRODA will be combined with the Bath OPV codes for lattice KMC7 that allow for multiple species (electrons, holes, singlet and triplet excitons). System sizes will be increased to ~10E7 atoms in a cell ~100 nm by parallelising the geometric simulation engine in FRODA, for use on High Performance computers. Links with the experimental groups of Dr. Da Como and others will be used for code validation and exploitation. Dr K Feron, CSIRO Newcastle Australia, is interested in using this approach to study OPVs that include core shell nanoparticles and we are looking at ways for joint funding of graduate student exchanges. Codes will be made open source where possible given constraints due to the potential industrial interest and the use of FRODA. 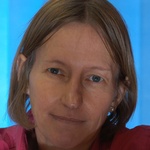 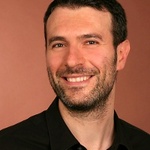