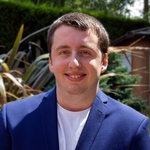 Jack is an electronic engineer from Crawley, West Sussex. Before joining the CDT-PV in 2018, he completed his studies with the School of Electronics and Computer Science (ECS) at the University of Southampton where he began to specialise in nanotechnology and semiconductor device physics. His research interests consolidate subject fields such as materials science, semiconductor device physics, computational modelling and nanotechnology. Jack currently holds the position of Doctoral Researcher at the University of Southampton.

He was responsible for the creation of the first non-linear black silicon finite element model. This work is currently used by research groups at the University of Dhaka in Bangladesh to extend the impact of the study into the field of electronic engineering, whilst Jack focuses solely on physics-orientated studies at the University of Southampton.

Aside from research and development, Jack also teaches in undergraduate engineering and computer science labs and is the head of Mirror Park; an organisation he started in 2014 to design websites for it's clients, which include national organisations such as the UK Solar Energy Society and the PVSAT conference. To unwind, he spends a considerable amount of his time driving to new places or playing video games and guitar; all whilst drinking substantial quantities of coffee.

Crystalline silicon is currently the dominant photovoltaics technology, accounting for over 90% of the global PV market. Of this, multicrystalline silicon (mc-Si) accounts for over 60% and is predicted to continue to be an important wafer technology for PV. Traditionally, optical losses in mc-Si solar cells have been reduced using a combination of acid texturing and a thin film antireflection coating. This type of texturing relies on the damage caused by the traditional multiwire slurry wafer sawing (MSWS) technique to initiate the formation of surface features. With the of diamond-wire sawing (DWS) to reduce kerf-loss in wafer production, the saw damage is greatly reduced and so traditional acid texturing is no longer effective. There is therefore a need for texturing methods that can be used on DWS mc-Si wafers to minimise optical losses whilst being compatible with industrial solar cell processes. For this project, you will investigate the use of metal assisted chemical etching (MACE) for texturing of DWS mc-Si wafers to reduce optical losses. This is a technique whereby noble metals with higher electronegativity than Si, such as Au, Ag, and Cu, are used to chemically etch the Si surface through a redox reaction. The resulting nano-textured surfaces are a form of “black silicon” due to their excellent light capturing properties. Explored here are techniques for passivating these highly textured surfaces, followed by a study of the effects of encapsulation of the antireflective surface under polymer and glass layers and examine the light scattering/trapping properties of the structures created. There is also scope for investigating metal contact formation on the nanotextured surfaces, moving towards full cell fabrication and testing. This project will make use of the extensive fabrication and characterisation facilities available at the Southampton Nanofabrication Centre cleanroom facility as well as high performance computing systems to support all experimental investigations with optical and electrical modelling. The project will benefit from the close involvement of Tetreon Technologies Ltd., the UK’s leading manufacturer of industrial tools for fabrication of photovoltaic cells. Tetreon will advise on the industrial compatibility of the processes being developed and assist in development of test equipment. 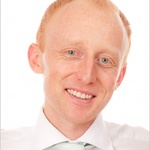 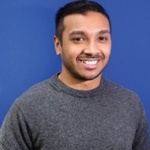