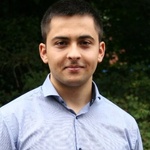 Vladislav Kornienko is a PhD student at Loughborough University. The research is currently based on studying the microstructure and electrical properties of grain boundaries in polycrystalline thin film photovoltaic devices. He graduated from Loughborough University in July 2018 with a Masters in Materials Engineering (MEng) and with a Diploma in Industrial Studies(DIS). During 2016-2017, Vladislav undertook an industrial placement with Tata Steel in their Research and Development department based in Coventry. The main project involved researching and characterising non-grain oriented electrical steels. In 2015, he also did a summer research placement at Loughborough University on molecular modelling of 45S5 bioactive glass, which is used for bone repair. His final year project was a group design project. It involved designing and collectively developing a prototype laser scanner that would enhance pipe inspection capabilities of current equipment used by Uniper. He and his group were monitored by the university supervisor and by the Uniper team at Radcliffe power station. The main individual undergraduate project involved studying the effects of surface flaws had on the sigma phase formation in 2205 duplex stainless steel (2015-16). He also did another dissertation in 2017, which involved researching various effects of stacking fault energies had on austenitic stainless steels.

Recombination of charge carriers occurring at defects and grain boundaries (GBs) are detrimental to the electrical performance of thin film photovoltaic devices. However, recent studies of thin film CdTe devices have shown that polycrystalline films outperform the single crystal PV counterparts after the activation treatment with cadmium chloride at 400֯C. The treatment removes stacking faults and the chlorine passivates the GBs, nonetheless, the precise mechanism that lead to the enhanced electrical performance of the treated CdTe thin film remains unclear. To further improve the efficiency of the PV films, we need to understand the grain boundary activities during CdCl treatment. We will use in-situ heating SEM-EBSD and TEM to obtain the real time evidence of the boundary migration and re-crystallisation. On the other hand, activation treatment is not required to achieve high performance CIGS and perovskite devices. The structure and chemistry of GB’s in these devices will be investigated for comparison. The focus of this project is to obtain an extensive characterisation of the GBs. FIB-assisted EBSD and EBIC will be used to reconstruct the GB networks and current collection activity in 3D. High resolution TEM and AC-STEM and EELS will be applied to understand the GB atomic and electronic structure. Along with complementary DFT studies in the Department of Chemistry, a systematic and wide range of GBs (not limited to ∑3 and ∑9) will be investigated to understand the passivation mechanisms of GBs in thin film solar cells. The ultimate aim of this project is to optimize the cell efficiency via GB engineering, building on the detailed 3D microstructural and chemical information obtained from the proposed work. 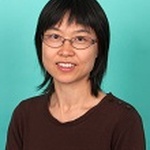 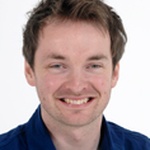 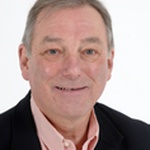